In the previous article from the climate change series, we explained the meanings behind the terms climate change, global warming, the greenhouse effect and greenhouse gases. We also briefly mentioned what are the effects of climate change that we observe. Today we will give more information on what we can expect for the future and what the other effects are that are being observed which point to this phenomenon. 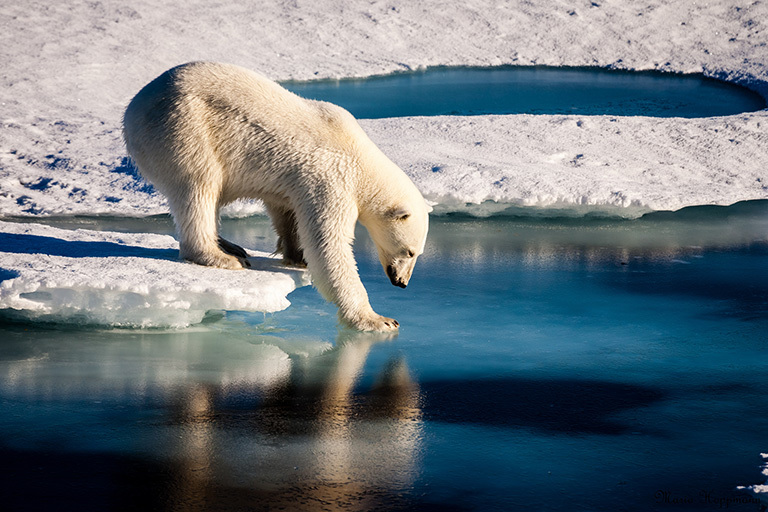 As mentioned in the previous article, the main consequence of global warming is the increase in Earth’s average temperature. Since the late 19th century, Earth’s temperature has increased by around 0.9 degrees C (1.62 degrees F). This may not seem like a large amount but even a small increase in the global average temperature can have huge impacts on the climate as a whole.

Since 7/10 of the Earth’s surface is covered in water, the ocean has absorbed most of this heat, causing the sea temperature to rise. This has devastating impacts on marine life and is causing coral to bleach, which if not rectified, will kill a huge amount of coral across the globe.

Rising sea temperatures also cause the ice at the poles to melt. While the polar ice caps do undergo phases of melting and freezing in summer and winter, the gradual increase in sea temperature has meant that the size of the ice caps in winter are shrinking each year. In fact, it is estimated that Antarctica loses around 127 billion tonnes of ice per year  (1 tonne is 1000kg).

The oceans also absorb CO2 released from burning fossil fuels. When CO2 is dissolved in water it is acidic. Therefore, the acidity of the sea is increasing which can also devastate marine ecosystems and put marine life at risk.

Across the globe, the amount of ice and snow is depleting each year with glaciers shrinking and snow cover decreasing. In addition, the snow begins to melt earlier in the season.

The mass of ice from the polar ice caps and snow cover and glaciers has to end up somewhere. The mass of all that water is deposited in the sea, causing the global sea level to rise. In the last century, sea level has grown by around 8 inches. The rate of the rise accelerates each year.

Finally, global warming has an effect on animal and plant behaviour. The time of year when plants and flowers bloom has changed and other seasonal animal behaviours have similarly shifted. Since plants and animals use the temperature as an indication of the time of year this can have a significant impact on the life of the organisms and the ecosystems as a whole.

These effects have already had a significant impact on agriculture, industry and both land and marine ecosystems. It seems if nothing is done these impacts will continue for the remainder of the century and beyond.

If the release of CO2 is continued, global temperatures will continue to rise at an accelerating rate.

The growing season or the time of year when crops are growing will lengthen.

Rainfall will in general increase and heavy rainfall events or heavy precipitation events will become more frequent. So get the umbrella ready!

Despite general rainfall increasing there will also be more droughts and heat waves.

The hurricanes will be more frequent and more intense.

In the summer before the middle of the century, the Arctic is expected to be essentially ice-free.

Next up: Renewable Energy

Olivia is a Master's student of Space System Engineering at ISAE-SUPAERO in Toulouse, France. She also has a Bachelor's in Physics from the University of Oxford. View all posts by Olivia Drayson