Left behind were twenty-two men under the command of Frank Wild. Some of them were physically incapacitated by frostbite, heart attack, exhaustion, depression and other maladies. Wild was to prove himself a worthy leader.

‘By midday the James Caird was ready for the voyage … A moderate westerly breeze was blowing. I went ashore in the Stancomb Wills and had a last word with Wild, who was remaining in full command, with directions as to his course of action in the event of our failure to bring relief, but I practically left the whole situation and scope of action and decision to his own judgment, secure in the knowledge that he would act wisely. I told him that I trusted the party to him and said good-bye to the men. Then we pushed off for the last time, and within a few minutes I was aboard the James Caird. The crew of the Stancomb Wills shook hands with us as the boats bumped together and offered us the last good wishes. Then, setting our jib, we cut the painter and moved away to the north-east. The men who were staying behind made a pathetic little group on the beach, with the grim heights of the island behind them and the sea seething at their feet, but they waved to us and gave three hearty cheers. There was hope in their hearts and they trusted us to bring the help that they needed.’ 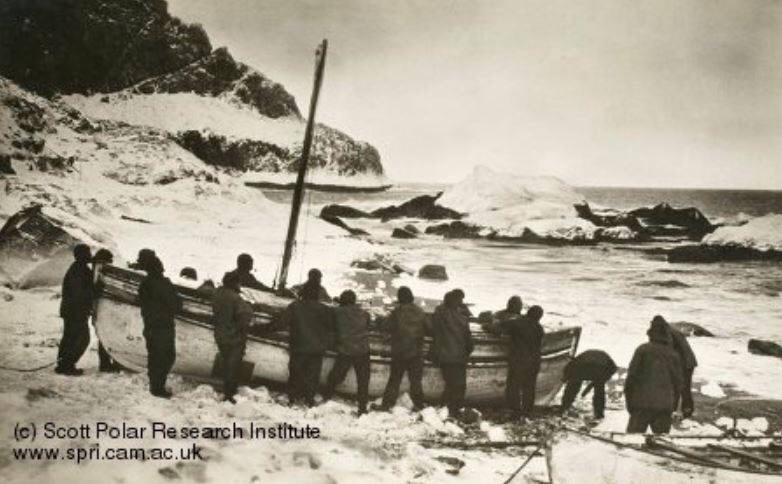 An established polar explorer and adventurer who operates within the extremes of our planet. His next expedition to Mount Everest will involve students from around the globe - this journal was set up to link directly with the teachers, students and the scouts who are involved in the journey. View all posts by Mark Wood

There was an error retrieving images from Instagram. An attempt will be remade in a few minutes.